CD Projekt has been the target of a Ransomware attack with source code for both Cyberpunk 2077 and The Witcher 3 having been stolen. A statement has been issued along with the note from the hackers.

The note left by the hackers demands a payment or source code and company documents will be released within 48 hours. CD Projekt are quite rightly not paying up which means the source will likely be placed online for their numerous games.

Thankfully everything is backed up and can be restored but this is incredibly bad timing with the CD Projekt in the middle of trying to sort out issues with Cyberpunk 2077. The statement from CDPR reads:


Yesterday we discovered that we have become a victim of a targeted cyber attack due to which some of our internal systems have been compromised.​
​
As unidentified actor gained unauthorised access to our internal network, collected data belonging to CD Projekt capital group, and left a ransom note the content of which we have released to the public. Although some devices in our network have been encrypted, our backups remain intact. We have already secured our IT infrastructure and begun restoring data.​
​
We will not give in to demands nor negotiate with the actor, being aware this may eventually lead to the release of the compromised data. We are taking necessary steps to mitigate the consequences of such a release, in particular by approaching the parties that may be affected due to the breach.​
​
We are still investigating the incident, however, at this time we can confirm that - to our best knowledge - the compromised system did not contain any personal data of our players to users of our services.​
​
We have already approached the relevant authorities, including law enforcement and the president of the Personal Data Protection Office, as well as IT forensic specialists, and we will closely cooperate with them in order to fully investigate the incident.​
​
​
Update: From Adam Kicinski 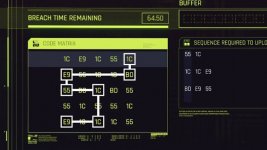 I read this morning that the source code was auctioned off for 7 million.

Surely nobody would buy it. I mean what's the point really?

Maybe they bought it so they can fix some of those really annoying bugs.

Could have been a rival company looking to reverse engineer the engine, or another group of hackers hoping to find some exploits they can use to inject malicious code. Or just a really wealthy fan.

I suppose there's also the chance that it was CD Projekt or one of their partners that bought it hoping to mitigate the damage, but of course they don't want anyone to know, hence the roundabout way of paying the ransom.