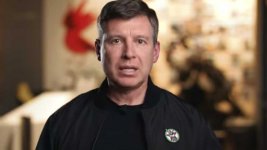 As part of their investor strategic update, CD Projekt has outlined changes at the studio as well as some information on the roadmap for Cyberpunk 2077.

The "wheel" shown for Cyberpunk 2077 outlines their future plans for the game:

The thing to note here is the online part of the slide. While we have not heard much about multiplayer, there is a mention of "online elements". This reads like something a little more scaled back than fans might have thought originally. We shall have to wait and see what happens with that because right now they are still frantically fixing Cyberpunk 2077 and today's v1.2 patch was a start.

CD Projekt's development approach is to become more proactive and centralise their RED Engine to cater to both their current franchises. This should improve consistency with cross-functional teams with a more agile approach to development. 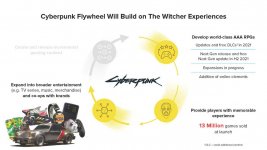 Cyberpunk 2077 marketing was quite something but it did cause problems for CD Projekt. It was far too long and promised absolutely everything. With that in mind, they have decided to launch marketing campaigns much closer to launch in the future with smaller teasers early on.

Following the console release and quality debacle, in the future, they will show footage for all platforms games will launch on, and not just PC.

Future roadmaps and plans for the company will be scheduled on an annual basis and not over five years as they had previously done. 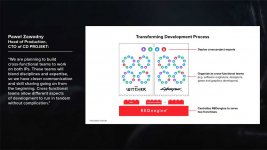 Regarding Cyberpunk 2077, expect updates and patches and some DLC. Then there will be a focus on the next-gen update. In the future fans can also expect more merchandise and content outside of the games themselves. More mobile, toys, comics, anime are all on the cards.

Online will become an important part of their future games and they plan to add "online elements where they make sense". They add " we don't want to go overboard or lose our single-player DNA".

This raises the question, what about the Cyberpunk multiplayer? Well, it looks like the original plans have now been shelved.

"Previously we hinted that our next AAA title would be a multiplayer Cyberpunk game, but we have decided to reconsider this. Given our new and more systematic agile approach, instead of focusing on one big online experience, we are focusing to bring online into all of our franchises. We are developing an online technology that can be seamlessly integrated into our future games.

This technology will power online components we choose to introduce in our games. With this technology in place, we can start to grow an online community powered by our own GOG Galaxy platform which connects players both inside and outside of our games".

What this actually means for Cyberpunk 2077 remains to be seen It sounds like incremental multiplayer pieces will be added when they have the tech nailed down to slip them the game as it currently is. It also tells us that any multiplayer components that are added to the game could be further out than we originally thought.

If this presentation tells us anything, it's that there has been a lot of soul-searching at CD Projekt since the release of Cyberpunk 2077 which means a lot of restructuring and improving practices at the studios. What we cab gather from this is that there will be another Witcher game at some point as the two franchises work closer together. As for another Cyberpunk, possibly, but they still have a lot of work to do on 2077 over the next year or so.

You can watch the full presentation below.