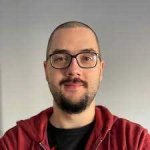 Senior Gameplay Designer at CDPR, Andrzej Zawadzki, has announced his departure from the company today. Andrzej had been with the company since The Witcher 3 and moved on to Cyberpunk 2077 as he rose up the ranks from QA to his current position. His update simply reads:

“After almost 8 years, my time at CDPR has come to an end. It's time for a new adventure. To every person I've met on the way - thank you. It was an honor and pleasure. See you around.”

It must be a frustrating end to his time at CDPR following the poorly received launch of Cyberpunk 2077. No doubt he'll be watching from the sidelines as CDPR starts rolling out the fixes for the game in the weeks and months ahead, as well as new content. He was always optimistic that the game will eventually deliver what fans expected from the game.